Share a memory
Obituary & Services
Tribute Wall
Read more about the life story of Thomas and share your memory.

Thomas Wottreng of Browerville, passed away on Friday, December 30, 2022, at the Lakewood Healthcare Hospital. Tom was 98 years old.

In lieu of flowers, memorials are preferred to the family or your choice.

Thomas John was born December 18, 1924, in Chicago, IL, the son of Joseph and Frances (Petresz) Wottreng. After graduating from high school Tom joined the United States Army during World War II and was stationed on Tinian, an island in the Pacific's Northern Mariana Islands. He married Therese Thullen Wottreng on June 22, 1946, in Chicago, IL. The couple was blessed with 10 children. They lived in the Chicago area until 1962 when they moved to Polonia, WI where they were part-time farmers. He was a bookkeeper for several companies during his time in IL and WI.  In 1979 they bought a restaurant in Russell, MN, which they operated for four years. In 1989 they moved to rural Sebeka and then in 2005, Tom moved to Browerville, MN.

Tom was an avid Pinochle player and enjoyed working on his stamp collection, reading (especially historical non-fiction), listening to classical music, having a glass of wine, and visiting with family and friends.

To send flowers to the family or plant a tree in memory of Thomas John Wottreng, please visit our floral store. 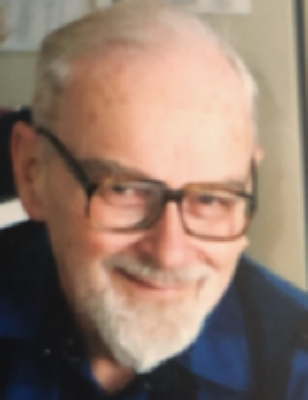