Share a memory
Obituary & Services
Tribute Wall
Read more about the life story of Thomas and share your memory.

Thomas Holscher, 84 years of Long Prairie passed away on Monday, January 2, 2023, at the St. Cloud Hospital.

Thomas (Tom) Holscher Thomas was born on May 15, 1938, to Frank and Eileen (Host) Holscher in Bertha, MN. He passed on January 2, 2023, in St. Cloud. Tom graduated from Browerville High School with the class of 1957. After graduation, he enrolled in the National Guard. During that time he married Marjorie Ostrowski. From this union, there were three daughters: Pamela Kay, Janet Mary, and Michele Teresa. Tom and Marjorie moved to St. Cloud, MN where Tom worked at various jobs until he started for Farmer’s Union (better known as Central Bi-Products). He worked in St. Cloud driving truck, then managing the plant. Later the plant shut down, and he was then transferred to Redwood Falls, MN. There, he managed the plant for two years. During that time, he and Marjorie divorced. While living in Redwood Falls still, Tom met the love of his life, Elaine. Tom then got transferred to Long Prairie to manage that plant. Tom worked for Farmer’s Union (Central Bi) for a total of 41 years. The last two years before retiring, he was Territory Manager. The couple was united in marriage on April 8, 1983. Between the two of them, their union blended a family of six children; Tom’s three girls, and Elaine’s three boys Tim, Jimmy Dean, and Patrick. After retirement, Tom and Elaine enjoyed traveling and staying in Apache Junction, Arizona during the winters. They did this for 17 years. They then decided they wanted to be near family, so they stopped leaving Minnesota winters and became “winter birds”. Tom was a hardworking, caring, funny, and soft-hearted kind of guy. A loving and devoted husband. A wonderful friend and amazing Grandpa/Great-grandpa. He was a strict but loving and supportive Dad. He took great pride in his lawn and in decorating his home- inside and out for all holidays! He would tinker for hours with the lights, making sure each bulb worked and looked just right after being hung. He even won a contest for the best decorating outside for Christmas. He also enjoyed fishing, camping, and planning family get-togethers. Tom loved spending time with the grandkids, especially the great-grandkids. Tom will be greatly missed by all and loved dearly. Tom is survived by his wife, Elaine Holscher; daughter, Janet (Greg) Bitker, sons-in-law; Kevin Dvorak and Gordy Harazin, sons; Tim (Amy) Nesburg, Jimmy Dean Nesburg, Patrick (Melissa) Nesburg; his grandchildren; Ben (Kears) Panitzke, Tina (Jason) Halvorson, Alysa (Justin) Pulliam, Brady Dvorak, Brandon Johnson, Brandee (Nathan) Boeckermann, Shawna Bitker (Tyler), Brooks (Danica) Holscher, Steph Harazin, Derek (Sandy) Harazin, Courtney Harazin, Brady (Laura) Nesburg, Beau Nesburg, Mackenzie Nesburg, Ariel Greenwood (Chase), Dexter Nesburg, Eden Nesburg (Cade), David Nesburg, and Owen Nesburg. His 34 great-grandchildren are Ashton, Dominic, Gracie, Benton, Charlie, Landon, Mika, Briella, Bayle, Aleah, Aubry, Bryce, Lilly, Hallie, Mylee, Kyleigh, Gavin, Grady, Grayson, Gabriella, Jayden, Holden, Karson, Isla, Hunter, Oakley, Jaxon, Cooper, Lane, Stetson, Jameson, Fiona, Cove, and Silas. Brothers; Fred (Shirley) Holscher, Jack (Judy) Holscher, Duane (Bernice) Holscher, Lyle (Judy) Holscher; sisters Pat Kempinich, Mary (Lenard) Kortuem, Connie (Alan) Lundstrom; many nieces and nephews. Tom was preceded in death by his two daughters; Pamela Dvorak and Michele Harazin, granddaughter Emma Panitzke, two sisters; Irene Johnson and Lil Bous-Stromberg, four brothers-in-law; Darrell Johnson, Jim Kempinich, Hal Bous, Virgil Stromberg, and his parents Frank and Eileen Holscher. Also, his inseparable best friend Willie Lindenfelser. Tom will be greatly missed by all! May he rest in peace.

To send flowers to the family or plant a tree in memory of Thomas Philip Holscher, please visit our floral store. 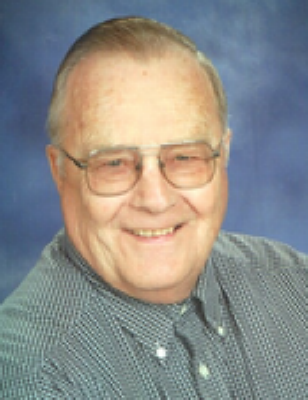