Share a memory
Obituary & Services
Tribute Wall
Read more about the life story of Douglas "Doug" and share your memory.

Doug Sherman of Osakis, passed away peacefully with his family by his side on Thursday, January 12, 2023 at the Alomere Hospital.  Doug was 85 years old.

A memorial service will take place on Saturday, January 21, 2023, at the Osakis Lutheran Church at 11:00 AM. Visitation will be one hour prior. Burial will take place later that day at the Pleasant Mound Cemetery in rural Clotho/Osakis.

In lieu of flowers, memorials are preferred to the family.

Doug's service will be viewable via zoom. See links below obituary.

Doug was born on February 16th, 1937 in Osakis, the son of Leonard and Margaret (Bock) Sherman.  Doug attended country school through 8 th grade in Leslie Township at Oak Hill School. He then attended Osakis Public School and graduated in 1955. In 1960 he joined the Army and served in Germany at the Berlin Wall until he was honorably discharged in 1962. When Doug came home from the Service, he helped his father for some time with custom Hay baling. In 1964 he started courting the love of his life Pamela Janine Anderson. On February 12, 1966 they were united in Marriage at the Osakis Lutheran Church. In June of 1966, they decided it was time to buy their first home together. They purchased an old country schoolhouse (where Pam went to
country school) and started the process of making it into their lifetime home. Doug did much of the remodeling himself with the help of many friends. During this time, he worked at Withers Manufacturing in Osakis and then for many years at the Osakis Silo Company. In the early 70’s Doug and Pam decided it was time to grow their family, they became fosters parent in Todd County and loved and cared for over 100 children over 25 years. On November 17th, 1977- Unbeknown to them their daughter was born. On February 15, 978 Doug received the BEST Birthday gift ever- they adopted a beautiful baby girl, Stacy Janine Sherman. Stacy was the missing piece in their life and Doug loved her with all his heart. They enjoyed bringing Stacy to their friend and family’s homes to show her off.
Throughout his 85 years of life, Doug became known as a man of many trades and talents including fishing, hunting, snowmobiling, camping, and a love for tractors, especially fond of those orange Allis Chalmers.  He enjoyed life and spent much of his time tinkering with any project that he could get his hands on.  He was a man of many traits, always welcoming to others, caring, patient and above all, a role model, making him and Pam the perfect couple to help care for children.  Doug was an avid cribbage player and spent many hours enjoying the game with family and friends. On March 21 st 1996- Doug and Pam welcomed their 1 st granddaughter Hailey-Rose Janine Sherman. On February 17 th 1998- Doug received a late birthday gift, his 2 nd grandchild Johnathan Douglas Betsinger. In September of 1998- Doug proudly gave his daughter Stacy away in Marriage to his favorite son-in-law John Betsinger. After Doug retired, he did daycare for
the grandkids 5 days a week and loved it dearly. After 8 years John and Stacy decided to add a couple more children to Doug’s daycare plan and on December 22, 2005- Logan Robert Lee Betsinger was born, and shortly after on March 23 rd 2008- Carter Christopher was born. The kids kept Doug busy and will always be known to them as their “Bompa” Doug and Pam spent many summers taking their grandchildren on Vacation and enjoyed showing them new places. His caring heart, smile, and frequently a silly face, will be greatly missed by all who knew him.

Heidi Iten is inviting you to a scheduled Zoom meeting.

To send flowers to the family or plant a tree in memory of Douglas "Doug" DeWayne Sherman, please visit our floral store. 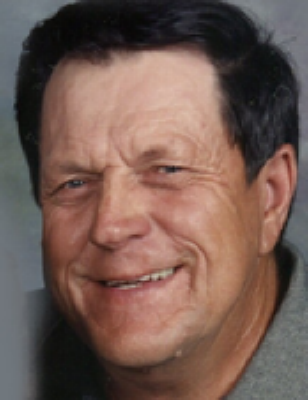